Are you familiar with FinTechs? Watch out! InsurTechs are arriving too… FinTechs, those technology companies that are sweeping the banking world, inspired by GAFA (Google, Amazon, Facebook, Apple) and going all out for the use of new technologies, have multiplied. Now they’re attacking the insurance sector. 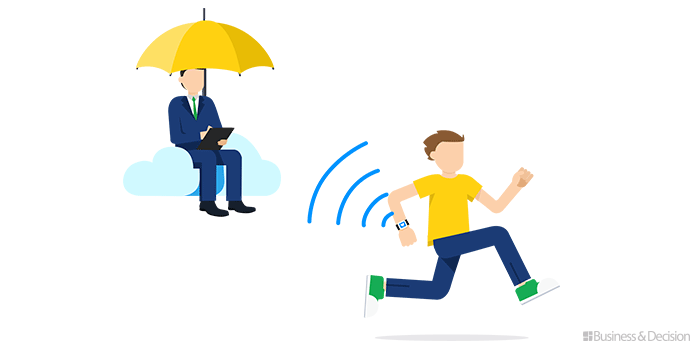 InsurTechs are arriving on a tide of data, the cloud and the IoT, and they’re all set to blow the dust off the sector. According to CB Insights, investments in these young shoots reached $2.65 billion in 2015, a threefold rise on 2014. In Tunisia, for example, this market is still fairly underdeveloped, but watch out – it’s about to pick up speed.

As you’ll have grasped, a mobile app won’t provide shelter from the digital tsunami.

So is Data the key to success?

One thing is sure: access to data has become vital. Data from the web, from social networks or connected objects, constitute a wealth of information for insurance. Knowing driver behaviour, the regularity of patients’ treatment or medication, or whether the insured person practises any sport, are all relevant pieces of information which insurance companies all over the world are starting to exploit.

The exponential growth of the data we are producing makes it possible to determine behaviour, particularly behaviours that represent risks. The data thus transforms established positions. The understanding of risk, hitherto statistical, will give way to predictive or even individualist models.

No longer will it be a matter for insurers of calculating risk over a large population, but rather of fully individualising the calculation of premiums on the basis of behaviour instead of patterns of loss. However, some unpredictable elements still remain, such as the climate.

However, these prospects should whet the appetites of insurers who see in it more effective risk management and prospects for quite significant growth by offering products and services better suited to their customers.

As with the banks who have reframed their products around the turning points in the lives of their customers (marriage, graduation, travel, etc.) insurance too may offer more suitable products, through a process known as “servicizing”.

So here we are with two new satisfied parties: firstly, the insured, empowered by his behaviour. He respects speed limits, or practises sport wearing a smartwatch? His insurance products will be adapted to suit. For example, he could see reductions in his car insurance premium or health contributions. Meanwhile, the insurer will see its risk predictions becoming more accurate and its range of services broadened. All things that help in gaining market share.

InsurTechs: If you could imagine a Minority Report for insurance?

Just think about what it would be like if claims could be paid out before the damage had even occurred. But that is no longer in the realms of science fiction: companies are already working on it, particularly for the agricultural sector. By analysing meteorological data, natural disasters can be more readily anticipated and insurers can be more responsive and anticipate the level of damage in advance of a storm or flood.

They could then pay an advance to cover the potential damage caused by that event. Once the storm has passed, drones can be used to inspect the premises after losses on behalf of insurers or loss adjusters. They will complete the calculations of claims.

This way the victim can recover from disaster more quickly and the insurer wins in terms of customer satisfaction. One thing is certain: data collection and analysis are not things that can be avoided for the insurance of tomorrow

The dark side of the force: connected objects and insurance

Processing data is good, but being able to collect it is better. This is where the IoT comes in. Even if the novelty value of connected objects has yet to woo the general public, insurance has every interest in getting involved. Improving the customer journey and personalising customer experience are just the sort of extras that insurers want.

However, as with any data-based innovation, a number of issues arise. The first point would be the concept of ownership: who owns the data collected by the IoT? Does it belong to those who order it, the insurer in this instance, or to those who provide it, the supplier of the connected object? Indeed, if carmakers can collect data from connected cars, what is stopping them from being able to offer their own insurance products? That could lead to the end of car insurance as we know it, except perhaps for bad drivers.

Another challenge with a high profile in the discussions on the GDPR (European regulation adopted in April 2016, in force from May 2018) is data protection. Connected watches, cars and houses are also new playgrounds for hackers. Some attacks have already been observed and new protocols like LoRa are being introduced to secure the IoT. As a result it is the responsibility of insurers and their partners to take account of this risk and work hand in hand with start-ups to get to grips with the digital turn.

Insurance companies need to take this double-edged opportunity to rethink their business and show that they have the imagination to bring added value to their services, and data analysis looks very likely to be the key… 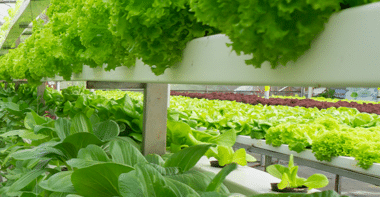 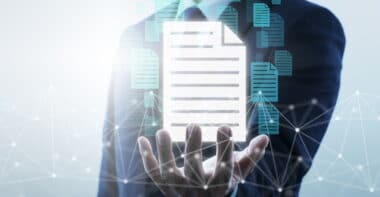 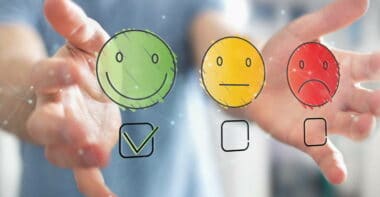