Did you know that athletes are not only monitored by cameras on stadiums, but also by many quirky devices such as accelerometers, heart rate sensors and even local GPS-like systems? Indeed, Big Data and modern technologies are currently revolutionizing sports and even powering the Daily Fantasy Football industry.

Football clubs, media outlets and fans around the world all share a thirst for advanced statistics and information. Big clubs use them to improve the performance of their own players, prepare tactics against other teams or scout potentially interesting players. On the other hand, media outlets love data just as much since it gives added value to their reports. Finally, the stats have also outsized importance for fantasy sports managers who create their fantasy teams with individual athletes in top form.

Let’s start with last year’s football World Cup in Brazil. While their last FIFA World Cup success can be attributed to many things, the Germans, known for technological know-how, had a trump card in their hands. Many football fans raised their eyebrows when it was revealed that the national squad wore Adidas’ miCoach elite team system during training sessions before and during the competition. The physiological monitoring service collects and transmits information directly from the athlete’s bodies, including heart rate, distance, speed, acceleration and power, and then display those metrics live on an iPad. All this information is made available live on an iPad to coaches and trainers on the sideline during training, as well as post-session for in-depth analysis. Interestingly enough, analysis of the data can help identify the fit players from those who could use a rest.

Effective Use of GNSS and GPS

Of course, MiCoach is not the only device of this kind on the market. The major player is actually Australian company Catapult Sports, focused on Global Navigation Satellite System (GNSS) data, which is increasingly important to sports scientists and coaches, who monitor it to measure player movement and fatigue. As you have likely guessed, the tracking devices rely on GNSS satellites.

However, they also have their own local positioning system, ClearSky, which can be installed around the indoor area of the stadium when obstacles, like a closed roof, interfere with the ability to lock on to individual units. ClearSky uses anchor nodes to track players’ movements, while the devices with transmitters are worn at the top of the back, held in place by a compression shirt that looks a bit like a sports bra and can be worn over or under the uniform.

Another pioneer of wearable tracking devices is GPSport, acquired by Catapult Sports in July, known for its sophisticated performance-monitoring devices that incorporate advanced GPS tracking with heart rate. The combined group now works with more than 450 teams worldwide, including Chelsea, Real Madrid and Brazilian national team.

All these tracking devices fall under the Electronic Performance and Tracking System (EPTS) category. Until mid-2015, football players were allowed to wear them only during training. However, on July 7, the international governing body of football FIFA issued a memorandum announcing the approval of wearable electronic performance and tracking systems in matches – on the condition that they do not endanger player safety and that information is not available to coaches during matches.

It’s worth noting that every respective association, league or competition has the final decision on whether to adopt or reject EPTS devices.

FIFA has already made a step forward to control the use of these tools for its own competitions. After suffering several concussions, U.S. football veteran Ali Krieger chose to wear performance protection headgear from FIFA-approved Unequal Technologies during this month’s women’s football tournament in Canada. Unequal Halo, which looks similar to Petr Cech’s famous black protective helmet, combines Kevlar, high-tensile strain fibres and an Accelleron composite for ballistic-strength protection against concussions. So when force hits the 10-millimetres-thick Halo, instead of pinpointing directly into the head at the point of impact, it disperses the energy throughout the entirety of the headband.

Going back to football data, FIFA relies on a visual-tracking technology called Matrics to provide extensive data set in real time that makes up the on-site heat maps, passes completed and distance covered. The company behind Matrics is an Italian firm called Deltatre that uses several technologies and manual inputs from a large crew to deliver the real-time stats. This technology has been around for years, but it’s becoming more diverse, detailed and accurate.

Deltatre has also been appointed by UEFA to provide a number of services from each Champions League venue. These include on-air graphics generation, which is directly embedded into the multilateral feed, and data capture for UEFA’s official results system, produced using a combination of a player tracking system and dedicated in-venue spotters. On UEFA’s website one can find a comprehensive list of stats for players, clubs, groups, matches and goal times.

The Rise of Sports Analytics

FIFA also collaborates with Infostrada, which delivers live-match coverage (streaming) services, and develops and calculates a World Ranking for the women’s national teams associated with FIFA’s competitions. Apart from Deltratre and Infostrada, sports data markets have other big players. One of them is ChyronHego, mostly known for its player-tracking technology TRACAB, which uses advanced patented image processing technology to identify the position and speed of all moving objects within each football arena. At 25 times per second, the system generates live, accurate X, Y and Z coordinates for every viewable object, including players, referees and even the ball. The data provides insight for coaches to evaluate player performance and track metrics such as distance run, speeds, stamina, pass completion, team formations, etc. TRACAB is installed in over 125 stadiums and is used in more than 2,000 matches per year by the Premier League, Bundesliga and Spanish La Liga.

ChyronHego has an agreement with Bundesliga, while Premier League’s first sports technology partner is EA Sports. The official data provider for the French Ligue 1 is Prozone (acquired by U.S.-based competitor Stats LLC in May 2015), which has a product that works in a similar way to TRACAB. Using around 10 cameras, the programme creates a two-dimensional animation of the playing field and is capable of registering 3,000 touches of the ball per game. It offers real-time, post-match and opposition analysis, and now most of Premier League teams use the system.

Many football leagues and clubs also collaborate with Opta, the leading provider of football sports data. Opta’s analytics can determine every single action of a player in a specific zone on the field, regardless of whether he has a ball or not. It can also measure the distance the player runs during the course of a game. There are more than 100 match-specific statistic categories, for instance shots, goals, assists, yellow and red cards, won and lost duels and also some lesser-known categories, such as accurate corners into box, effective blocked cross or accurate keeper throws.

This type of analytics is useful for clubs when scouting and to help shape roster development decisions. Probably, the most known supporter of this approach among the top managers is Arsene Wenger. The Arsenal manager once said that the personal touch in player scouting remains decisive, but the computer-generated statistics can certainly help his management to find a player they need. Not surprisingly, back in 2012, the English club even bought U.S.-based data company StatDNA that provides expert analysis, guiding everything from identifying new players to post-game tactical analysis.

Moreover, the stats are also used by betting companies (William Hill embed Opta’s regular contextual facts directly within its betting platform, while SkyBet uses them to add detail and colour to its regular email marketing communications), and more recently, Daily Fantasy Sports (DFS) operators. Sports data is used in two ways: firstly, companies use it to form scoring systems, and secondly, it’s a must for fantasy players who have to study many pieces of information in order to be successful fantasy sports managers. The more information they have, given the ability to dissect it, the higher are the chances to enhance the competitiveness.

The Forefront of Fantasy football

Fantasy football operators usually form partnerships with sports data companies, and use a limited number of stats, normally from five to 20, to sum up a game. However, there is one company whose scoring system proves the most advanced. Malta-based company Oulala Games Ltd has built a mathematical matrix that uses Opta’s data to create an efficient scoring system. This company’s platform uses a highly sophisticated algorithm to assess the crucial aspects of an athlete’s performance that contribute to an overall result. Their system includes a total of 70 different criteria dependent on a player’s position (keeper, defender, midfielder and striker) resulting in a total of 275 ways to gain or lose points. The aggregated numbers of these actions, made by players who are included in virtual teams, give the overall winners of different daily leagues.

Despite the fact that a high level of skill is required to become a league’s winner, some professional DFS players, especially in the U.S., have found a bypass that gives them a substantial edge over their competition – they are using advanced software known as scripting, which helps them to decide which players to pick, and in many cases, automatically enter hundreds of line-ups in multi-entry guaranteed prize pool (GPP) contests. Currently, all major DFS operators allow the practice, but the anticipated regulation will might change that.

Football, which has always been a numbers game, is apparently driven by more and more Big Data. Clubs are now likely hiring fewer scouts and more computer analysts; TV, radio and newspapers drive more stats-based conversation about the performance of players, managers and teams than ever before. Numbers are also seeping out of real football and into the fantasy – the stats that surround players are not only used to measure their actual performance, but also to evaluate their contribution to fantasy football teams. It’s fair to say that this Big Data revolution in football will only continue and change the whole experience of watching the most popular sport in the world.

If you want to stay current on the latest DFS industry news, updates, and opinions, then don’t hesitate to join the group Daily Fantasy Sports in Europe. I am looking forward to welcome you and share success stories with you! 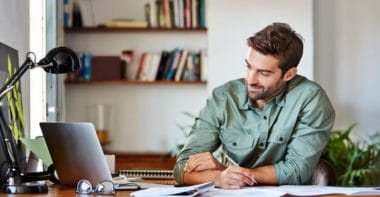 COVID-19: a chatbot to answer your staff's questions? 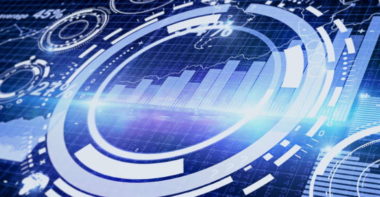 How to use the Python integrator in PowerBI? 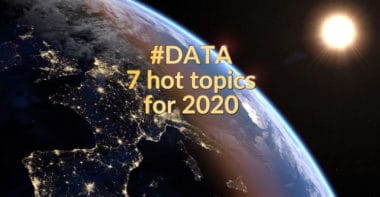 Sales Transformation in a Digital World

Digital has engendered a fundamental shift in the way we behave, think and perform business. This document focuses specifically on the renewed role of CRM in the context of adapting to the new Journey standards.

Contact-us
By continuing to browse this site, you agree to the use of cookies to track your visits. Accept Refuse Learn more
Privacy Policy
Necessary Always Enabled