Home > Digitalization > Geolocalisation of precision in interior where are we really

When we talk about geolocation we immediately think of GPS and all the services it has enabled for over 20 years when we are finding our way around the world outside. However, the field of high-precision indoor geolocation has seen very little development and none of the initiatives launched in recent years has led to an effective, broadly adopted solution.

This is still more surprising given the growing digitalisation of our way of life and the emergence of new low-power technologies such as Bluetooth Low Energy.

So it’s natural enough these days to want know your exact position at all times, whether you are lost out in the wilds, to looking for the best offer in a shopping centre, or just waiting patiently for your friends to arrive.

So why has GPS not been adapted to an indoor environment?

The answer is simple: the laws of the physics prevent it. By nature, the radio signals broadcast by the satellites are not expected to pass through walls and other obstacles. Something which is easy for us to observe each time we go through a tunnel.

A multitude of studies and experiments have however been carried out in recent years based on various technologies including wifi as well as ultra-wideband (UWB), ultrasound, light or just standard Bluetooth.

Thus, to evaluate a solution of this type, the precision needs to be enough for the desired application, the infrastructure needs to be as lightweight as possible and as little effort as possible should be required of the potential user. This is because, each of the technologies cited above meets one or other of these criteria but none has succeeded in accommodating all of them.

Ultra-wideband, which allows a precision of a few centimetres, needs specific equipment which is a technology not yet included in our smartphones. However, a solution developed by Estimote could show promise. And, although wifi has the advantage of being very widely available, it consumes a lot and the deployment cost is far from negligible.

What advances have been made in indoor positioning systems?

It has only been since the arrival of Bluetooth Low Energy and very low-cost beacons of the iBeacon type that there has been any prospect of progress in the indoor positioning systems, and this has been the case. Companies like PoleStar and Insiteo are among the first to have launched on this market, operating this new technology in combination with wifi.

They were quickly followed by the companies marketing these beacons, including Kontakt and Estimote but the precision is still fairly limited (5 metres) given the very substantial installation and maintenance costs.

The uncertain concept of precision

Consider a practical example such as an event being held in an exhibition park covering several thousand square metres. A visitor will expect to be able to locate themselves precisely within the fair while a host, such as Viparis, will want to be able to map attendance precisely for each stand.

In this kind of situation, several stands often share just a few square metres. We can thus see very quickly that offering a precision of 5m (that is, an area of some 75m2) is only moderately useful for a visitor who will be used to being able to locate themselves everywhere. Above all, it offers no relevant information to the exhibitor or the host, as it cannot precisely indicate the stand visited.

If we consider a shopping centre or supermarket, the issue remains the same. The quantity of useful information changes from a presence in a large area of the store covering a wide range of products with a precision of 5m to presence in a precise radius covering only related products similar if we have 1m precision.

Reconciling user constraints, installation and maintenance costs and high precision is still a challenge today, even five years after the arrival of the iBeacon protocol and eight years on from the introduction of Bluetooth Low Energy.

Use cases for high-precision geolocation

In line with its mission to innovate in the data and digital/IoT spheres Business & Decision has launched many research projects via its OPEN.FACT innovation space of which a number certainly relate to this issue.

The choice of Bluetooth Low Energy as the preferred technology was a natural one. Just like wifi and standard Bluetooth, it is built into every modern smartphone. Its fundamentally low-power and low-cost design allows the deployment of dedicated infrastructure at substantially lower cost and overhead than any other technology. It also allows us to get as close as possible to 1m precision.

Many methods exist for operating iBeacon type infrastructure for positioning. Some are easier to implement than others but do not guarantee the same level of precision. Two of these methods are most often used: trilateration and radio mapping.

Trilateration is the simplest method based on radio signals broadcast from different points of but it can very rapidly be seen to be inefficient and very imprecise.

Why? Because this method is based on the power of the radio signal received by the device from an access point (in this case an iBeacon) which is used to determine the distance from the beacon to the device. Now, the calculation of this distance is very easily skewed, resulting in significant errors. This results from attenuation of the signals when they pass through matter (walls, people, etc.) and the superposition of radios signals which have taken a different path to reach the device.

Another frequently used method consists of creating a radio map of the desired location. This method involves two stages: the creation of the map and the use of the map.

In the first phase, the radio map is created by overlaying a grid over the selected 2D plan and for each node on the grid, identifying all the radio signals from the different access points correlated with the geographical position on the plan.

Once the gathering state is completed, the second stage allows the user’s position to be estimated. To do this, the measurements of the radio signals of the access points in range are compared with the measurements in the database using various ranking methods. The best result corresponds to an estimate of the device’s position.

There are of course other methods, but what has been developed for this project is a blend of multiple techniques. These include radio mapping as described above and the application of a recursive Bayesian filter, all linked in with the measurements from the inertial sensors present in our smartphones.

The results of this research which should soon by published are among the most positive, with a precision close to one metre (1.4m) for infrastructure using one Bluetooth Low Energy beacon per 75m2.

Nonetheless, possible improvements remain. Many of them remain under development, such as the use of a centralised artificial intelligence updating the mapping dynamically or the inclusion of other technologies such as wifi based on existing infrastructure via collaborative location.

High precision location is thus not far away and the customer knowledge that these systems will contribute are in particular unprecedented for retail, the event sector and any business operating primarily indoors. The race in Bluetooth Low Energy equipment has only just started.

Electronic and Computer Science Ingineer at the heart of the Innovation agency of Business & Decision. Involved in Open.Fact projects. 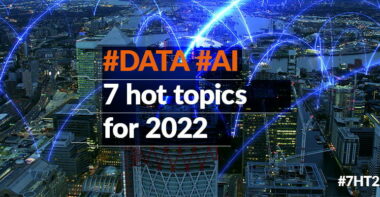 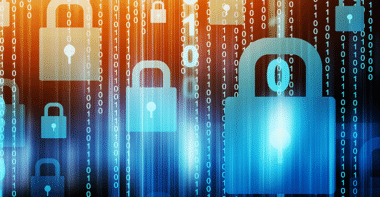 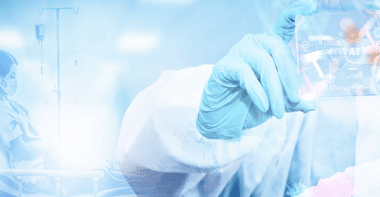 Podcast | Artificial Intelligence to better protect us in times of pandemics 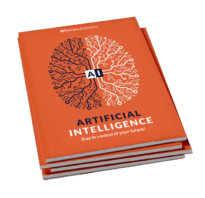